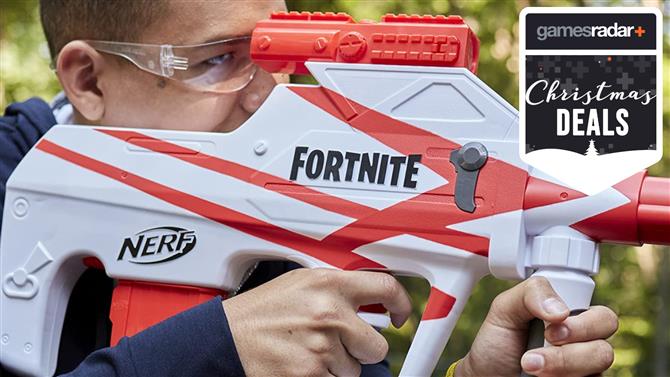 Fortnite Nerf guns have seen a pretty significant price cut in Amazon’s Christmas sales, so anyone hunting down good gifts for games may want to take note. These offers include smaller blasters like the SR to larger beasts such as the bolt-action BASR-L, and shoppers can save as much as 43% if they act fast.

A highlight of the bunch would have to be the motorized B-AR discount. This particular option has dropped in price to $23.99 at Amazon instead of nearly $42, and its ability to fire 10 darts in quick succession makes it a standout in terms of the Fortnite Nerf gun deals that have appeared in the Christmas sales for gamers. There’s (literally) good bang for buck here, particularly because the Fortnite range offers some of the best Nerf guns out there.

We’ve listed some of our favorite blasters from the Christmas sale below, and you can find more offers via Nerf’s offical Fortnite page on Amazon.

Nerf Fortnite B-AR | $23.99 at Amazon
Save 43% – Thanks to battery-powered mechanics, this blaster is able to fire darts much faster than normal. It can carry 10 of these darts in a clip and features the Converge Wrap design to go with a 'scope’ and tactical rail for accessories along the top. While this isn’t quite its lowest price, this deal is just a dollar off it.

Nerf Fortnite SR | $15.99 at Amazon
Save 24% – Armed with four darts, a cool cowboy-esque hammer action, and an intimidating barrel, this Nerf take on the Fortnite weapon is a cool stocking filler for the Fortnite fan in your life. Well worth a look at $5 less than normal (even if it has been cheaper in the not-so-distant past).

Nerf Fortnite 6-SH | $15.99 at Amazon
Save 24% – With a gloriously oversized design and arresting Camo Pulse design, this blaster certainly makes an impression. White it can only carry six darts at a time, they’re loaded into a revolving drum that provides a unique feel.

Nerf Fortnite BASR-L | $32.88 at Amazon
Save 22% – This Nerf 'sniper rifle’ is one of the most eye-catching blasters the company makes and is also amongst the most satisfying due to that bolt-action mechanism, so being able to save just over $9 on it is a good way to ring in the festive season.

No matter which blaster you go for, all of the above use Elite Nerf darts that are pretty easy to get hold of on the cheap. Want to stock up on bonus ammo? Don’t miss our Nerf bullets guide.

$33.90View DealSee all pricesWe check over 250 million products every day for the best prices 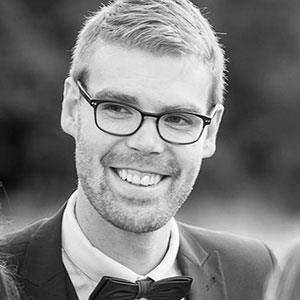 As the site’s Tabletop & Merch Editor, you’ll find my grubby paws on everything from board game reviews to Lego buying guides. I’ve been writing about games in one form or another for almost a decade (with bylines ranging from Metro.co.uk to TechRadar) and joined the GamesRadar+ team in 2018. I can normally be found cackling over some evil plan I’ve cooked up for my group’s next Dungeons & Dragons campaign.